The history of this old established hostelry goes back to the years 1872 when Whyte & Thornton restaurateurs occupied the premises.

In 1873 John Campbell Galloway took over the business and the Choral Restaurant was born. Taking its name from the Choral Music Hall that stood at the corner of West Nile and Sauchiehall Streets. This early music venue was to give way to the Gaiety Theatre which opened in 1874, and this in turn became the Empire Palace, and in later years became the world famous Empire.

John C Galloway first started in business as a Hotel proprietor but soon found that the catering business in Glasgow was thriving. The Choral Restaurant was always a two- storey building with licensed premises on the ground floor and a grand restaurant upstairs.
Mr Galloway was very ambitious and soon opened a tobacconist shop next door, a business idea that never took off. In 1886 John became the chief agent in Scotland for Tyrer’s Borough Ketchup and opened premises next door to the Choral restaurant.

Business was thriving and John opened a restaurant in Stockwell Street spending £1000 on alterations. Two more shops were opened in Sauchiehall Street one a pie and pastry shop the other a licensed restaurant.
J. C. Galloway’s was now a family name and was famous all over the city for their fish and chip suppers, selling at sixpence a go with a free glass of ale or stout. Two pence hot mutton pies, Scotch haggis, beef & mutton were other tasty dishes sold at Galloway’s.
John boasted that he was serving a half-ton of fresh fish per week and during the New Year holidays dished up nearly 2 bullocks, 7 sheep, one pig and a calf.
Mr Galloway was fortunate enough to travel the world and visited Australia, Africa, New Zealand, Germany and Holland.

John sold the Choral restaurant in 1894 to John Baillie who was landlord of the Oriental bar in Hutcheson Street. Major alterations were carried out, installing a horse shoe bar, little snug's; each having its own table and six chairs, the walls were decorated with pictures of theatrical entertainers.

After he gave up the other premises in Sauchiehall Street and West Nile Street due to the heavy taxing and over-heads he concentrated on the Stockwell Street premises, he was his own landlord which meant greater profits.

The following menu dated 1887 is hard to beat especially when the price was only two shillings and sixpence.

Swallowed down by a free Pint Bottle of Ale. 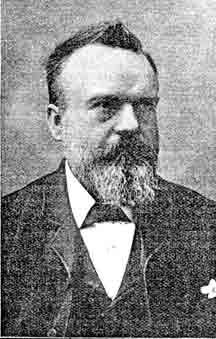 Mr Baillie renamed the premises to the Empire after the world famous Empire theatre. Many of the artists and entertainers of the theatre would have frequented the Empire bar, before and after their performances. Mr Baillie stocked all the best wines & spirits, the cellars were always stocked with the very best of liquor and one could always purchase: Moet & Chandon's Champagne, Roussillon & co.’s Epernay, Dubois, Freres & Cagnion's Cognac of 1858, La Rosa 60 year old, Burgundies of 1863, Kirker Greer & co.’s old Irish, Talisker 10 year old, Guinness, Meux's, Bass in bottles, Pentland 90s ale on draught, Schweppes mineral water, Ross's dry ginger, Allsopp's pale ale, Barclay Perkins London stout, and specialty “the Empire’s” own blend of Scotch whisky.

John Baillie sadly died a few years later, his wife Margaret then took over the business, Margaret was well known behind the bar for many years working in both the Empire and the Oriental bar.

Interior view of the Empire Bar just after the Second World War, Alexander Wood the license holder 4th from the left and Mr Tom Kirk, manager, both pointing to bunch of bananas from Las Palmas. The fruit was raffled off to raise money for the Western and the Royal Infirmary, a total of £7 15 shillings was collected. Mr Grundwald a Pole gave his wife the bananas on his return from the sea, he was chief steward and purser on the Gydnia. Mrs Grunwald was a member of staff in the Empire Bar. Their wedding was a result of a romantic meeting at the famous Empire Bar, West Nile Street, Glasgow. left to right Mrs & Mr Grundwald, Thomas Kirk, Mr Alexander Wood.

In 1917 George W Owen purchased the premises, George was one of the well known Glasgow publicans who owned 3 other pubs one in Bath Street, the Kings Arms, the Bay Horse, West Nile Street and the Garrick, Wellington Street.

The Empire kept it’s name until the 1960s, in the 1970s the name changed to the Iron Horse, the 80s the Metro and the 90s Furlongs, and back to the Iron Horse which is now successfully run by Eddie Brooks and his daughter.

Interior view of the Iron Horse.

In 1970 the newly opened Iron Horse, was Scottish and Newcastle's latest licensed restaurant. Conveniently situated for the city's entertainments, it is already proving popular with theatre and cinema goers. It was based on the famous 19th century American Railroad, there is a railroad theme throughout.

The Pullman Restaurant consists of two Pullman carriages side by side, and the high backed seats were plushly upholstered in red leather. Waitresses in dark maroon maxi-skirts, white frilly blouses and gold and black waistcoats add an authentic 19th century touch. There was a varied menu and an extensive wine list.

The cocktail bar next to the restaurant had, as its focal point, a large mural depicting the Old West, offsetting the Edwardian cast-iron chairs and tables.

The public bar, called the Saloon Bar, was simple yet effective in design. Large posters and a genuine American 19th century bar lamp gave an air of the Old Wild West.

The lounge bar, the sidings bar, had sections of railroad line and railway machinery round the wooden and white brickwork wall. Wicker chairs and cast-iron tables hint at bygone American elegance.

Manager of the Iron Horse was Mr Chan Thacker, who also manages the Gay Gordon, Exchange Square, Glasgow. Mr Thacker was married with one son and had been with the company for five years.

Glasgow's Lady Provost, Lady Gray, presents a cheque for £1000 to Mr Harry Redford, president of the Rotary Centre for Spastics, on behalf of the patrons of the Iron Horse bar and restaurant in West Nile Street, Glasgow. Looking on are Mr Charles McGlynn (left), present manager, and Mr Donald Campbell, former manager of the Iron Horse. 1975.

Why the Bar went up in City lounge...

Over 30 firemen raced to West Nile Street after policemen spotted smoke belching from the Iron Horse bar and restaurant early this morning.

The blaze swept through the two-storey building but firemen were successful in preventing the fire spreading to adjacent shops.

The city CID spokesman said later "We still don't know what caused the fire. Our investigations are continuing."

Scottish and Newcastle regional manager Robin Blair said, "I understand the bar is extensively damaged while the restaurant above is destroyed. Part of the roof has also caved in.

"Nevertheless I think we will leave our application for an all-day licence with the licensing board rather than withdraw it."

Thousands of pounds worth of damage were also caused to a storage shed in Arcadia Street, near by Bridgeton Cross, owned by Dunn and Moore Ltd, who supply soft drinks, cider, and beer to the licensed trade.

This Horse is a great bet...

The Iron Horse is one of Glasgow's most popular pubs, particularly with the younger set.

Until it caught fire Last October, The Iron Horse operated on three floors, the basement Sidings Bar, the ground floor lounge and the first floor restaurant.

In order to re-open the premises in time for Christmas, Welcome Inns decided to redecorate the ground and basement floors only. A plush restaurant will be re-opened on the first floor next year.

The Sidings Bar has been transformed into Senor Chic's, where meals will be served with a distinctly Mexican flavour.

Do you know anything about this pub or any other pub in the city?

If so please contact us and we will review your comments.

Another view of the Stockwell Street premises, with Mr & Mrs Galloway standing at the doorway.